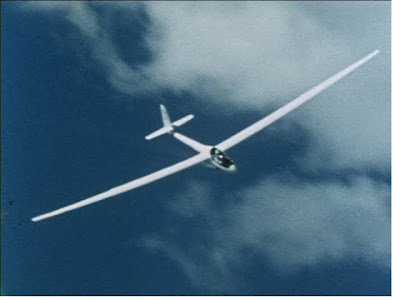 Drew, the founder and creator of the modern documentary movement - Cinema Verite, as it became known - began his career in the early 1960s when he formed Drew Associates, and hired freelance cameramen and filmmakers, some of whom, such as D.A. Pennebaker, Richard Leacock and Albert Maysles, went on to define the form. For over 50 years, Drew has produced and directed films including seminal work such as PRIMARY (1960) CRISIS (1963) and ON THE ROAD WITH DUKE ELLINGTON (1974).

Unavailable in any form until now, Drew's 1969 film THE SUN SHIP GAME about George Moffat and Gleb Derujinsky, master glider pilots in competition for the 1969 U.S. National Soaring Championship in Marfa, Texas, will screen at BSDFF on Tuesday, Feb 16, 2010 at 5:45 PM. The film features breathtaking photography and uncommon intimacy, voyaging with both pilots into the sky at a regional contest in Vermont and into wild weather with eighty three other competitors in Marfa, Texas. Through eight days of hard flying in skies alternately filled with brilliant beauty and black violence, their two approaches arrive at a dramatic conclusion and one of them is named the U.S. Champion. Suppressed for over 40 years due to copyright issues, the presentation of THE SUN SHIP GAME, marks the World Premier public screenings of a lost masterpiece. Robert Drew will be on hand for Q&A following the screening.
Posted by EllaG at 3:34 PM