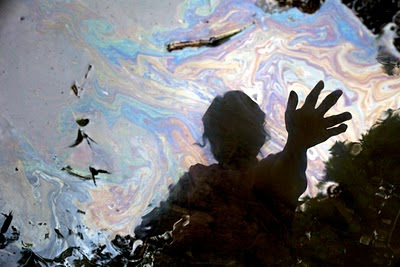 We want to draw your attention to a troubling situation faced by two of our colleagues, Big Sky Alums Joe Berlinger and Mike Bonfiglio, the makers of the
film CRUDE, which screened at Big Sky in 2009. Please see below to read part of a correspondence I recently received from Mike Bonfiglio, the producer of CRUDE. Whatever support you can give them would be greatly appreciated.

A few weeks ago, Joe Berlinger and I, as well as the "Crude" production companies, were served with subpoenas by Chevron, demanding that we hand over our 600 hours of outtakes, speculating that somewhere in our dailies they would find material that would help them in their lawsuit in Ecuador. We opposed the subpoena, and on May 6th, a judge ruled against us. We are appealing the decision, and many in the documentary community as well as other journalists have rallied to support us. The IDA issued an OPEN LETTER which has been signed by an extraordinary number of heavy-hitters of the doc world, from Michael Moore to Bill Moyers, Alex Gibney to Morgan Spurlock.

We would greatly appreciate it if you could circulate this petition to your list, and urge people to follow our story, which has the potential to adversely affect the landscape for our fellow documentary filmmakers for many years to come. We'll be updating our BLOG about the case as it happens.
Posted by EllaG at 4:05 PM

I really enjoy to visit this type of post.I have visit lot of post yours is the best one i have seen forever.All the best fore your next post.Your pictures are very nice to see.