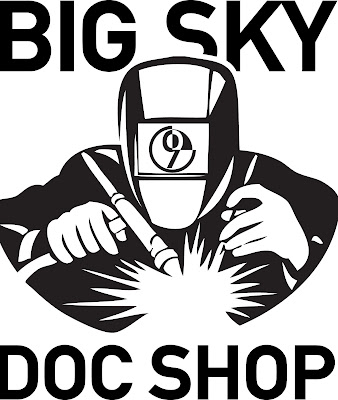 More about the Pitch:

Filmmakers have the opportunity to pitch their work-in-progress (WIP) documentaries to some of the top commissioning editors and funders for documentary film in North America. All documentary forms and all subjects are eligible to submit. Commissioning editors will critique and comment on each pitch. A maximum of 15 projects will be accepted to pitch in this session. Potential participants should submit a brief (250 words maximum) project summary and an additional one-paragraph project status report. A short (5 minutes maximum) sample reel of the work-in-progress may be submitted (via vimeo, youtube.com, blip.tv, etc.) in addition to the written application. Selected projects will have 20 minutes to pitch their project and show a short sample (if available) for the panel. Selected projects will be required to pay an additional $75 to participate, and will be notified of their acceptance by January 11, 2012.

The Doc Shop is a new, industry-focused feature of the Big Sky Documentary Film Festival. It offers documentary filmmakers opportunities for networking, discussion, and professional development. The DocShop schedule includes workshops, panels, a round table discussion, product demos, and the annual Big Sky Documentary Pitch session. These events deal with topics from funding to distribution, and everything in between. The Doc Shop brings filmmakers, industry decision-makers, and experts together in a dialogue about what matters most in the world of documentary film.