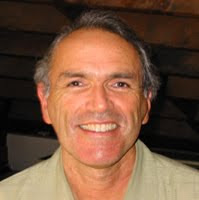 Missoula, MT - Big Sky Documentary Film Festival will host a special pitch session with Richard Saiz, Senior Program Manager at ITVS on Friday, February 19, 2010. Saiz, who serves as a liaison with producers and ITVS, one of the largest and most important funders of independent documentary work in the U.S. will hear fifteen live pitches during the session at the 7th Annual Big Sky Documentary Film Festival.

BSDFF is currently accepting proposals to pitch. The deadline for receipt of proposals is January 1, 2010. There is no charge to submit.

Proposals for independently produced documentaries, in-progress, of any length on any subject should include the following: a one-paragraph description of the project, which should include information about the subject of the film, the style/form of the film, basic technical details (shooting format), the current status of the project, including any funding sources secured to-date, and a ball-park total budget for the film. Addition information required: a website for the filmmaker (if available), personal filmography/film credits (if available), contact info - email/phone number.

Fifteen (15) pitches will be selected to present on February 19. Filmmakers selected for the pitch session will be notified of acceptance by January 15, 2010. Those accepted in the session are required to pay a non-refundable $45 registration fee. Presenting filmmakers will be able to show clips or trailers of their Works-In-Progress (if available) as part of their pitch. Each pitch will be limited to 10 minutes total, which can include not more than 3 minutes of WIP material, and not more than a 4 minute pitch. This will be followed by discussion and questions from Richard Saiz.

The live pitch session is open to the general public for observation for $5 at the door, and free to Big Sky Documentary Film Festival All-Access Pass holders (1st come first serve).

Proposals should be sent to programming@bigskyfilmfest.org They must be received no later than January 1, 2010.
Posted by EllaG at 4:13 PM