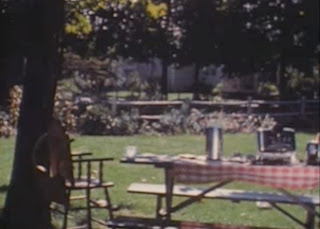 What makes Rick Prelinger such an interesting filmmaker is his dislike for production and his affinity for editing. His goal is simple: to share with the world years of unseen archival footage that deals with everything from agriculture to advertising, conservation to California, and probes to plastics. What he's brought to the festival are three films, two of which he made especially for Big Sky.

Prelinger's interest lies in taking films apart as well as the collection of original elements--elements like home movies that get the viewer back to the first generation of production where one can look through the eyes of the so-called "naïve maker." Prelinger says that home movies leave "room for the unconscious" and thinks it fantastic "when you find an uninhibited filmmaker" like those who shoot the films.

Besides making collections to show on screen, Prelinger's company not only sells stock footage through Getty images, but they also run a library out of San Francisco where the public is free to capture their collection of print images by way of camera, copy machine or scan. 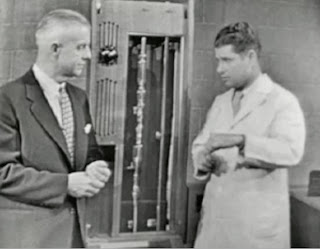 "It's counter-intuitive to give things away," says Prelinger, "but it's life-changing; it creates great collaborations."

Archives Meet the People (Saturday 13th at 1.15pm) and America: From Capitalist Realism to Consumer Republic (Monday 15th 11.15am). His third, Panorama Ephemera, was made five years ago, and shows on Tuesday the 16th at 2pm.
Posted by Truckey at 11:02 AM