The Big Sky Films Series kicks off this Friday with the first installment of the 2011 season, a collection of short films from this year's festival.

The program of films features some of the best short films to play during the 2011 Big Sky Documentary Film Festival. Included in the program are Ian McCluskey's SUMMER SNAPSHOT, an artful film about skinny dipping; Mina Son's FINAL CHAPTER, about a Northern California undertaker; Sara Newen's COMFORT OF COLD about a 74 year-old man who swims daily i the San Francisco Bay; and the 2011 Big Sky Award winner TUNED IN by Kevin Gordon - a film that explores the mysterious world of natural radio signals. 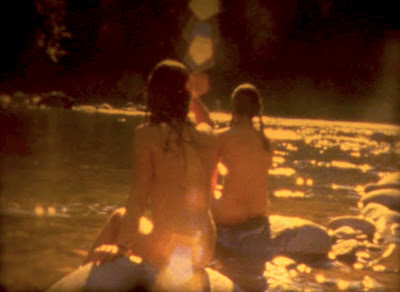 The Big Sky Film Series is a periodic monthly screening series highlighting traditional and innovative nonfiction film and video. It is held the first Friday of the month as part of downtown Missoula, Montana's "Art Walk." All screenings are held in the Historic Wilma Theatre and are FREE and open to the public. The series is programmed by the staff of the Big Sky Documentary Film Festival.