What could be better than getting 5 films for the price of one?

Our second to last Shorts Program plays tonight at 8pm and features a variety of films all revolving around Personal Views.

One of the featured films is MISSOULAQUATSI, a short essay about Missoula, MT. filmed on Super 8 that reveals itself in subtle and timeless ways through extensive use of grainy imagery, time-lapse photography and a futuristic jazz soundtrack. Filmmaker Andrew Smetanka will be in attendance. 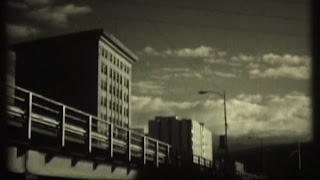 Also featured is Tarkio Balloon by Torben Bernhard. The 5-minute film is about the death of his brother by Sudden Infant Death Syndrome. It tracks Torben's drive from Utah to Tarkio, MO. and uses an interview by his mother as the soundtrack.