New Wilco Film from the Makers of Burn to Shine 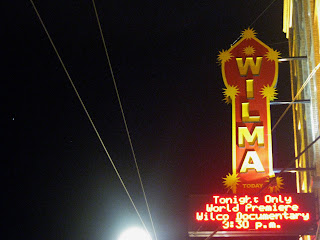 What Brendan Canty and Christoph Green have created with their Burn to Shine project is a way for artists to gather in one spot and create something that can never be recreated.

It began in 2004 when a friend offered them a house given to him by an old woman who had recently died. The friend wanted to honor the woman, and Green and Canty came up with this idea, which eventually became Burn to Shine--the first one was shot in Washington D.C., when many of the bands there were in flux. Other featured cities include Atlanta, Seattle, Portland, and Chicago.


"I thought it'd be interesting, like that photo in Harlem with all the jazz bands," explains Canty. "Then when you look at it in 20 years, it illuminates the relationships that people had. My idea was to film a bunch of people who were connected...a community of musicians in one day...not to create a full-blown documentary, but just to create a portrait." 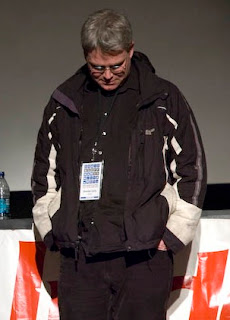 Green: "On a visceral level, it's emotional when you actually watch one (of the Burn to Shine films)...at the end, when the house comes down you have a sort of feeling for the house, oddly enough."
The Seattle installment of Burn to Shine will screen on Saturday, but the real draw this weekend is Friday night's World Premiere of Ashes of American Flags, a definitive Wilco concert film. As a huge Nels Cline fan (the newly- installed guitarist for the band), Canty said making the film was an ultimate pleasure. Ashes follows Wilco on their southern tour and captures the band's performances, the fans, and the band's thoughts on each other and the changing American landscape. Even if you aren't a Wilco fan, say Canty and Green, you'll like this film.
Ashes of American Flags won Big Sky's 2009 Programmer's Choice Award for Best Editing.
The Rolling Stone gives props to the film, Ashes of American Flags, premiering tonight at the Big Sky Documentary Film Festival in Missoula, MT at 9.30pm. Read More.
"Any positive feedback is like a light at the end of the tunnel."--Brendan Canty (pictured above)
Posted by Truckey at 1:03 PM