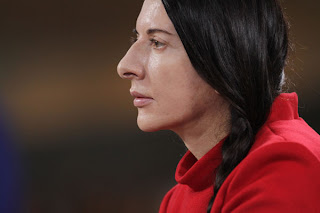 Controversial performance artist Marina Abramović has been challenging traditional notions of Art for nearly half a century with her groundbreaking work. Akers’ film chronicles her three-month performance at the MoMA, in which she sat silently in a chair every day from open to close while visitors flocked from around the world to sit with her and share in the experience of her mountainous discipline. But if this sounds too avant-garde for you, fear not. Abramović’s life story—from her communist upbringing to her foot-journey across the Great Wall of China—transcends the art world. Ultimately, the story Akers tells is one that explores the difficulties and possibilities of finding meaning in a chaotic and noisy world.


“A lot of these films would never play in Missoula,” says Festival Director Mike Steinberg, and he hopes The Artist is Present will serve as audiences’ “gateway drug,” wetting appetites for the feast of over 100 documentary films that will hit Missoula over the next two weeks. With a slew of rock 'n' roll performance films and other features whose subjects range from sushi to rapping cowboys to the VW Bus, there’s bound to be something for everyone. So come on out tomorrow night for some free nonfiction fun, and learn more about The Artist is Present in the interview with the director below.

BSDFF: What do you hope the audience will take away from your film?

AKERS: That it’s not a film about art, specifically - that it’s really about something larger. It’s really about slowing down in our lives, and thinking about how to be in the present and look at each other and have a genuine human interaction. It seems to me a particularly important message, since we all live in such a crazy over-mediated world right now, communicating through all these different devices without having to be physically present.

BSDFF: How did you meet Marina Abramović?

AKERS: I met her through my producer, who I’ve worked with for a number of years. When he found out that she was going to invite these 36 performance artists up to her house, he asked me if I’d like to shoot it and try to cut a trailer. I said sure and went up there. He’d been telling me how charming Marina is and how much fun she is to be around, her sense of humor, etc. I wasn’t really doubting him, but at the same time I was exhausted from having just spent a year shooting footage of clowns and acrobats for a documentary called Circus. It was difficult to go from that right into another very difficult project—performance art—and the whole thing was a little scary. But I just thought, you know, I’ll go up there for a week and see what happens, and I met her and we immediately hit it off. I told her that I was skeptical of performance art, and she liked that. She’s been faced with that apprehension—that question of “why is this art?”—her whole career.

BSDFF: What were your goals for this project, in the initial stages of filming?

AKERS: To find a way to film something that is by nature ephemeral, and to make a film that is somehow not just documentation or biography, but also communicates the true transformative power of Marina’s work.

BSDFF: How did the element of unpredictability play into the shooting of this film? Obviously, you didn’t know how Marina’s 3-month performance would be received, or if she would even finish it.

AKERS: Well, I knew just from her legacy that there was absolutely zero percent chance of her not completing the performance. I mean, this is a woman who once laid out 72 objects, half of which caused pleasure, and half of which caused pain, and she stood motionless in a gallery for six hours while the audience freely used the objects on her body. Two of the objects on the table were a bullet and a gun, and someone towards the end of the six hours put the bullet in the gun. They put the gun in Marina’s hand and made her hold it up to her head, and cocked it. There was a sort of brawl that ensued and the guy was tackled by some of the other people there, but it didn’t faze Marina.

BSDFF: How many hours of footage did you shoot to make this film?

AKERS: I know I personally shot between 600 and 700 hours. We have many, many films we could still make out of this material. Everything I shot was kind of amazing. You know, one day she tells me she’s meeting Ulay, her ex-lover of 12 years, whom she hasn’t seen in over two decades. And then every week after that she would tell me something equally incredible that I felt like I had to film. Before I knew it 11 months had gone by and I had essentially given up all work for a year just to keep shooting. It was amazing.