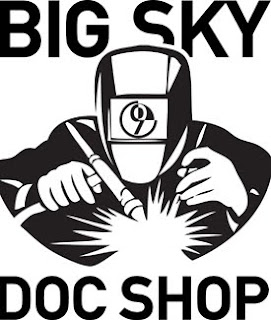 This evening at 5:00 pm marks the first-ever Doc Shop Party, a great chance to mingle with Doc Shop attendees and chat with industry folks. There will be drinks, food, music, and good conversation, and it’s all thanks to sponsorship from POV: the American Documentary. POV (cinema/literary terminology for “point-of-view”), is known for its longstanding commitment to quality independent non-fiction films, and each year on PBS, they broadcast first televised screenings of some of the most original, important, and unforgettable documentary films out there.

Yance Ford, the series’ producer, is representing POV at the Doc Shop here in Missoula, and was kind enough to answer a few questions.

BDSFF: You often represent POV at festivals, and we’re honored to have you here with us at BSDFF. Why do you think film festivals are important to the independent film industry, and the industry of documentary filmmaking in particular?

Yance Ford: Thank you Emma. This is my first time at BSDFF and it is a pleasure to be here. The organizers and volunteers who run Big Sky have so much to be proud of and I'm thrilled to carry the POV banner in Big Sky Country!

Film festivals that serve smaller cities and towns like Big Sky are important for documentary filmmakers for several reasons. Principally, there are many more quality docs out in the world than there are slots at the big name festivals. There are more doc-specific venues than there were in 2002 when I first joined POV. So, although the field may be crowded with more work, there are also more festivals to showcase them. Doc filmmakers want to make face-to-face connections with their audiences and festivals are where those connections happen. Many of these docs will also have a robust social media life, but nothing beats the traditional post-screening Q&A to gauge how your work resonates with real people.

BSDFF: What are some of the characteristics and ideals that POV brings to the Doc Shop discussion table?

YF: When POV participates in events like the Doc Shop, we try to meet each filmmaker where they are. For example, an emerging filmmaker pitching for the first time may need different feedback than a veteran who can pitch in their sleep. And while POV looks for docs that have a certain combination of qualities, my job at the Doc Shop is not simply to give feedback through the lens of what POV is looking for. POV believes that honest, constructive critique is always the most valuable thing we can bring to the table. We also believe that it is important to respect the filmmaker’s vision and not give feedback based on the film we would like them to make or that would make it a better fit for the Series. POV wants to support independent documentary filmmakers regardless of where their films find a broadcast home. That's what POV brings to the table.

BSDFF: As POV is a regular sponsor of free film screenings across the USA, and also provides videos and classroom lesson plans on the website, I’m wondering if you could say a few words on the intersection of art and education in the field of documentary filmmaking.

YF: I think we could have an interesting discussion about whether documentary media in a classroom setting and art education are one and the same. But simply put, media engages students of all ages, and we believe that documentary film can be an effective teaching tool for teachers at every level. POV's resources for educators extend the reach of each film 'beyond broadcast' – a concept that POV has used for years. Any teacher in the US can visit http://www.pbs.org/pov/educators/ to learn about the resources that POV puts together in collaboration with each filmmaker, from lesson plans to video modules. Filmmakers shoot much more material than you see in the finished film, and that material is perfect for classroom use. Media is already a part of so many school curriculums – across subjects – and documentary films are like a gift that keeps on giving.

BDSFF: How does the POV screening process work?

YF: POV holds an open call every year (this year's deadline is June 29), and when those 900-1000 films land in our office we recognize that each one represents years of a filmmaker's blood, sweat, debt, you name it. We respect the work that it takes to make these films and when we evaluate them we're never looking through a personal "do I like this or not" lens. The programming at POV is about the Series, not the individual tastes of anyone on the programming team. We also have a very democratic process, where each submission is screened by at least four people – two people from the group of pre-screeners and two people from the programming team. I know filmmakers can get antsy with the timeline of our process, but we find that it works for us. The production life of a film that airs on POV ranges from 3-7 years (and 10-20 in a few special cases). POV as a Series treats each filmmaker and their work respectfully, giving films full and careful consideration but ultimately selecting the documentaries that fit our mandate. Saying "no" is the hardest part of programming and we have to pass on many more films that we acquire.

Being part of the team that put together the 25th Season of this ground breaking series is a humbling experience. It’s also something I am enormously proud to be a part of. The POV Special Racing Dreams (dir. Marshall Curry) airs around the country this week (on Montana PBS 2/26 at 3pm and 10:30pm) and you can check your local listings here: http://www.pbs.org/pov/tvschedule/. Marshall's film, the Oscar nominated Street Fight, appeared on the POV in 2005, and If a Tree Falls (2011) has been nominated for an Academy Award! This Sunday night the POV team will be cheering him on!

To learn more about POV and its upcoming 25th Season please visit www.pbs.org/pov.

Thursday, February 23 is the last day of the BSDFF Doc Shop, which culminates in the International Pitch Session at the University Center Theater from 9:00 am - 5:00 pm.