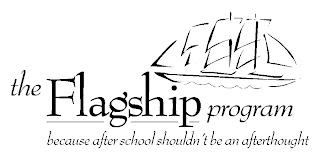 Deep in the halls of Big Sky High School, there is a science classroom where students cluster in front of the film Chasing Ice. In another room, students discuss the multifaceted If a Tree Falls. And in the auditorium, a jostling, shuffling mass quiets to watch Happiness unfold on the big screen. This is Diversity Week at Big Sky high school.

Thanks to a partnership between the Flagship program, BSDFF, teachers and administrators, Big Sky and Hellgate high schools will host visiting directors, who will show their films and conduct Q&A sessions. Big Sky high school’s Flagship coordinator, Scott Matthews, has organized this partnership for the last seven year. Over the years, Matthews has seen an enormous benefit for students.

A documentary film enthusiast himself, Matthews explains: “At its best, documentary film transports kids into new realities and opens up a world of discussion. It allows them to hear first hand from people who’ve had really extreme experiences. We’ve been lucky to be able to offer our kids an introduction to documentary, and also to people who’ve lived some really interesting lives. It gives our kids the opportunity to expand their own possibilities.”

Often teachers incorporate the films into their educational curriculum. This year, science classes will kick off their study of global climate change with the film Chasing Ice. The director of the film, Jeff Orlowski, will be at the school all day to discuss the film and answer questions.

Many of the films shown at the high school were made for educational distribution, so directors are often eager to see how students react and what questions they raise.

Teachers, too, appreciate the films. Matthews says, “We’ve had directors from all over the world show films about every subject under the sun, and I think the teachers really appreciate the directors’ time and the festival’s effort to bring them into the school because the discussions that are generated sometimes go on for years.”

The directors also take time to talk with the Flagship program’s young filmmakers. Flagship is a county-wide program that connects students with activities that they are passionate about. This effective prevention program helps youth find healthy interests and good mentors that keep them out of trouble. Matthews says that students love to talk to directors and learn more about how to pursue their passions.

This year, both Big Sky and Hellgate high schools have planned their Diversity Week celebrations around the film festival. Diversity Week is a series of events that explore cultural, sexual and ideological diversity. Among speakers, presentations and discussions, the films are a major part of the program.

“What a resource to be able to bring these directors in,” Matthews says. “They are people from all over the world. And I think that it brings a bigger, more global reach to Diversity Week.”

Many of the films fit in with Diversity Week’s goal to increase understanding and open dialogue around difficult issues.

“The films give our kids the opportunity to be exposed to new groups, or subcultures, and hear directly from them. Missoula is a really hip town, but we are also really isolated. For us to be able to expose kids to a different world is a really important part of our job, and the film festival is a great partner in being able to do that.”