We’re All a Little Bit Country 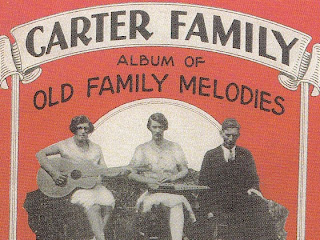 If you know country music, then you probably know about the Carter Family. If you’re still unsure about their legacy, it won’t be for much longer. For ten years, Beth Harrington collected the stories of AP, Maybelle, and Sarah Carter, the singing family that became the pinnacle of music for so many artists. The Winding Stream is a work-in-progress documenting the Carter Family’s importance in American music. It features archival footage of the Carter Family Fold and performances of their work by musicians including John Prine, Sheryl Crow, and the Carolina Chocolate Drops. The film also includes the last living interview with Maybelle’s son-in-law, Johnny Cash.

Harrington’s career includes documentaries for public television, Grammy nominated Welcome to the Club - The Women of Rockabilly, a documentary about women pioneers of rock and roll, and a past with the Modern Lovers. I spoke with her about what she’s got going for Big Sky.

BSDFF: Can you give us a feel for what we will see at The Winding Stream screening?

BETH HARRINGTON: I’m showing about 35 min of excerpts from the film, the story of the country music family The Carters, the family that many people consider the beginning of country music as we know it. Their body of music and the cannon that they collected, arranged, and wrote is the underpinning of country music today, and that music influenced lots of musicians. Johnny Cash was greatly influenced by their music and became their biggest champion, as the Carters had become his champion.

BSDFF: You were the last interview with Johnny Cash - what does that mean for the film?

BH: We spoke with him just a few weeks before he died…He was ill, but animated and nice to talk to. Everybody was star struck. June [Carter Cash] had only been gone a few months at that point. He wanted to talk about her and talk about his mother-in-law Maybelle… At one point he said, “God gave to me everything I ever wanted. You know, I wasn’t a righteous man, I didn’t deserve it.”

BSDFF: You interviewed a great deal of people. What has the process been like editing all their interviews?

BH: Roseanne [Cash] was really helpful, as were Carlene Carter and Mike Seeger. He worked with Maybelle Carter in the late 60s, brought her out of retirement and introduced her to a lot of musicians and fans. The Carters thought they were forgotten. They didn’t realize there were people like Bob Dylan and Joan Baez playing their music or that they were constantly being rediscovered by new people. I’m sure they’d be baffled.

BSDFF: What do you want an audience to take away from the film?

BH: I’d like people to get excited, and to recognize this is a family that we owe a lot to, but don’t understand why. The Carolina Chocolate Drops recorded a song called When the World’s on Fire… Rearranged, it’s Woody Guthrie’s This Land is Your Land. There are all these little connections that take you back to what the Carters were trying to do, hundreds of songs. All these songs are Carter songs, they are songs that people know, but don’t really know where they’re from.

See The Winding Stream in Wilma 1, Wednesday, February 22, at 9:10 pm. The screening will be followed by a Q&A with the filmmaker and live music by Cold Hard Cash, a Johnny Cash tribute band. Earlier that day, find Beth Harrington at the Missoula Art Museum at 2:45 pm for a Work-in-Progress presentation of handpicked selections from The Winding Stream.